These are my notes from "Caste" by Isabel Wilkerson.

Note: This is not a review of the book or a complete set of the ideas presented. It is simply a list of points, listed in order of presentation in the book, that I found interesting. I have added some personal comments from personal experiences. 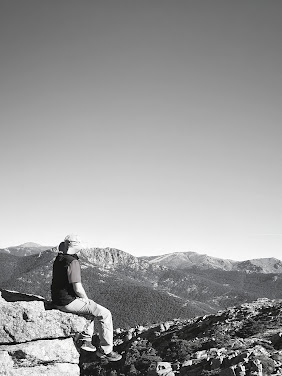 This picture has nothing to do with the book. It is just a picture of me reflecting. 😏🤔

1. Do not focus on individuals and racism. Focus on the Caste system that causes inequality.
I think that this is the single most useful idea in the book. My takeaway is that it is often useless to blame/attack individuals for their racism. It is more productive to point out problems from the Caste system and working to fix the system.

2. Nazi Germany used the US system, laws, and history (Indian genocide, Jim Crow laws of percentages, slavery, etc) to set up a less extreme system for Jews.
The fact that the USA had the best legal model for Nazis to set up a system to discriminate against (and later exterminate) the Jews in Europe would be shocking for many Unitedstatesians (Americans).

3. Lynching postcard industry in 20th century. Not even Nazis made postcards of Auschwitz.
The fact that these postcards were a big part of postcard sales... Just the idea sickens me.

5. States struggled to place immigrants into the white/black legal system. Italian woman might be black. Japanese white. But not Caucasian. New Immigrants would see the existing Caste system and quickly moved to get accepted into the higher Caste, in part by showing disdain for the lower Caste.

6. Class vs Race vs Caste. Caste is a legal system. Race is a superficial idea. Class is money and education.

7. The author gives unending examples of cruelty, laws, and racism... Even in modern-day USA. Blacks suffer these things constantly, but whites are oblivious.
If there were a way for all white people to "feel" what it is like to be black for a day, then real change might happen. How to do that?

8. Blue-eyed vs Brown-eyed experiment. This shocking experiment is often cited, but it is only short-term. However, doing something like this on a large scale might give whites a starting point to understanding?

9. Superiority vs inferiority. Since whites have more money and power they feel superior. "He is poor so he must be inferior" (lazy?). "There are more blacks in jail so they must have inferior morals." Etc... Even when blacks are considered superior in some traits (eg. strength), they still lose out. For example, black women are shown to be prescribed pain meds less often.

10. How the working class should be united, but they are divided by parties. Whites see a black increase in status (Obama) as a decrease in white status. They need to keep the illusion of superiority, otherwise, nobody is below them.
This is a fairly complex, but the key point in the book. In short, Republicans use racism to get poor and lower-middle-class whites to vote against their interest for the sake of maintaining a caste system. It is the only way for poorer whites to have a group below them. Nobody wants to be in the bottom group.

11. Scapegoats. If blacks aren't to blame for all the ills of society, it leads to an uncomfortable need to look at themselves. eg. Crack vs Oxycontin handling.
For example, inner-city violence is often blamed on blacks only. That way we do not need to address the gun problem or the treatment of blacks by the police, or red-lining, or unequal public schools, etc.

12. "Karens" are just acting like they were supposed to do before equal rights. Before modern laws, the "Karens" were educated to warn of any black person that was not in their place.

13. Media distortion examples. Whites are 2/3 of US poor, but only 17% of poor on TV. Similar numbers for crime. Media, cinema, etc. portray a false image of society that perpetuates feelings of superiority.

14. Caste causes infighting in the lowest rung. Crabs in a barrel. The Caste system is partially self-sustaining because it causes the lowest caste to fight amongst themselves.

15. Critiques of Obama might be a way to keep the lower cast down so that whites can still feel superior. He is no longer president, but he is still mentioned by the right because he is a reminder that whites might lose their advantages... even if that advantage is only a "label" in the Caste system.

16. While reading this book I happened to hear a relevant example of how blacks are being disadvantaged by technology. The Caste system is even being installed in tomorrow's robots. Neil deGrasse Tyson gave an example of how the automatic sink tap sensors do not work on black skin because the technology has been programmed in a way that it does not see the darker skin! There are more serious examples, but it is something we have to actively avoid.

17. Caste system stays in place, even without effort from the upper caste. It is self-perpetuating. The upper caste does not need to actively do anything to keep the system in place. Doing nothing to change the system is an active vote to maintain the system.
For example, a person who needs to get an ID for the first time might only be able to apply by making a reservation, however, the reservation system will not give you an appointment without a valid ID number.

18. A majority of whites did not vote for Obama, even if he was half white, not typical black. There is a myth that racism stopped existing after Obama won, however, it is far from the truth.

19. Obama was a symbol of a great loss to the whites. At first, it seemed OK, but then they started thinking... "If blacks are not in the bottom? Who is?... Oh, Sh*t!...Maybe I will be left at the bottom!
Imagine a town with only Caucasians. Who would be at the bottom doing the dirty jobs and being blamed for crime and social ills?

20. Lower Caste success is tough for the upper caste since it challenges their sense of reality.
Whites do not have to be overtly racist to feel unsettled by their concept of reality changing. Seeing people of color succeed messes with their superiority complex.

21. Obama made 2042 more real. This gave a reason for whites to band together... Thus Number 45 happened. Until Obama, many upper-caste folks felt secure and 2042 was far away. Obama made that date seem closer and partially led to Number 45 being elected on dog calls.

22. Confederate monuments and flags. Nazi Germany banned many symbols of Nazis since they in-and-of-themselves are a form of hate speech. How can you keep around symbols of a separatist group that wanted to continue with slavery? My opinion:  How is this legal? A monument to slavery = hate speech.

23. Why aren't Americans not ashamed of all things Confederate? These monuments and symbols actually increased with time. They are not relics of the Civil War.

24. The US has a "majority rules" system. Will that still continue when the higher Caste is not the majority? It is clear by current election laws changing in red states, the skewed Senate which gives more power to upper-caste rural states, and the electoral college system that is still around that the upper caste wants to hold off majority-rules democracy for as long as possible.
Will the US ever really be a democracy?

26. Germany was able to right the wrongs better than the US. (note: they only had 12 years of cruelty to fix and make up for).

27. Caste is supported by a silent majority who do nothing.

28. It is hard to solve a problem that many do not see.
An example from my personal experience in Spain. As a foreigner, I have suffered some institutional racism (a reasonable amount as a foreigner living and working here). There are not many blacks living in Spain so racism is not a common topic. There is some talk of "Arab" immigrants, but little or none of the black immigrants since there are not so many. However, after living in Spain for more than 15 years I was never stopped by police and IDed. I was surprised to hear a British black guy mention being stopped on an almost daily basis to be asked for his ID. Since that was not my personal experience in Spain, it never occurred to me that this could be happening to a fellow expat. How many other things am I blind to?

29. Empathy is needed, but hard when the upper Caste does not feel the true pain. The only way is through Radical Empathy of studying and being proactive. It is not enough to only be non-racist.

Have you read this book? Any comments? Leave them below.